The first test pieces of the Parabellum "Luger" pistol were produced in 1898 as a result of the collaboration between Hugo Borchardt and Georg Luger. The design was based on Borchardt's special toggle-locked pistol (Borchardt C/93). Georg Luger improved the idea and developed a smaller and more hand-fitting weapon. The weapon was manufactured in three different models, an army model (100 mm barrel length) i.e. Pistole P08, a navy model (150 mm barrel length) and an artillery model, i.e. Lange Pistole 08 (200 mm barrel length).

In Finland, the weapon has been and still is called artillery parabellum (tykistöparabellum), in English-speaking countries the weapon has often been referred to as 'Artillery Luger'. In the German army, this name "Artillerie-Parabellum" was known not known, but the weapon passed under its original name, Lange Pistole 08 or abbreviated LP.08.

In the early 1900s, the German Emperor Wilhelm II (Friedrich Wilhelm Viktor Albert von Hohenzollern, 1859-1941) participated in several hunting trips in the Schwarzwald forest (Black Forest), armed with a commercial long-barrel DWM Modell 1902 Pistolenkarabiner (Luger Carabine). Wilhelm II was fond of the long-barrel DWM Modell 1902 pistol because it was relatively light and easy to handle, compared to a hunting rifle, for example. On 3 June 1913, Emperor Wilhelm II personally accepted the long barrel version of the Parabellum P.08 pistol, Lange Pistole 08, as a weapon for artillery and flight crews. The Imperial Army shock troops (Stoßtruppen) were also equipped with this high fire-power weapon. However, far too small a number of these pistols were manufactured to have been produced for all those who needed them. In fact, a little surprisingly, the main users of the LP 08 pistols were the shock troops and infantry.

In 1913, the German army, authorised by the Emperor, commissioned a version of the Parabellum P.08 pistol from DWM (Deutsche Waffen- und Munitionsfabriken AG), with a long barrel and removable stock (Lange Pistole 08).

The metal parts of the gun (frame, barrel, lock and slide) are made of steel and the surface treatment is bluing. The grip plates with diamond-like roughening are made of walnut wood. The weapon is exactly the same as the standard Parabellum P.08, except for the barrel and sights.

The Lange Pistole 08 has a 200 mm long barrel with six right-handed rifling grooves on the inner surface. 9x19 Pb caliber barrel’s big caliber measurement is 9.08 mm and the small caliber measurement is 8.83 mm. The width of the rifling groove is 2.5 mm and the barrel wall thickness 2.4 mm. For barrel manufacturing the DWM used high-quality barrel steel from Böhler (Gebrüder Böhler & Cie, Vienna).

There were precise specifications for the steel quality of the metal parts of the Parabellum pistols (including Lange Pistole 08). The tensile strength of the steel had to be at least 85 kg/mm and if possible more than 95 kg/mm. General requirements for the metallurgical composition of steel were as follows;

The Lange Pistole 08 pistol has an eight-round single-stack magazine made of stamped steel sheet metal. The magazine was nickel plated. The baseplate of the magazine was usually made of walnut wood, but bakelite and aluminium have also been used as a material for the baseplate. The weight of the empty magazine is about 55-60 grams.

The Lange Pistole 08 has two versions, an old model (Alter Art) and a new model (Neuer Art). In practice, the only difference between these versions is the shape of the trigger bar (Abzugsstange), in the new model it is slightly shorter. At least the 1916-model pistols already had a newer model trigger bar.

Adjustment for the rear sight

From 1913 onwards, the Parabellum P.08 pistols were machined a shoulder stock attachment lug at the heel of the pistol frame (Der Schulterstück). The stern board mounting groove was also machined into all Lange Pistole 08 handles.

In addition, the pouches for the two magazines carried with the leather holster were made by At least Bruno Wiedermann (Berlin), Kern Kläger & Cie (Neu-Ulm) and F.W. Kinkel (Mainz).

The first series of the Lange Pistole 08 pistols were equipped with wooden holsters made by AWM (Artillerie Werkstätten München), the same type as the Mauser C96 and Mauser m/1916 pistols (Ukko-Mauser). These LP.08 wooden holsters are very rare nowadays, as these so-called “first series” guns were manufactured only about 50.

The weapon was originally intended for the imperial German army field artillery, fortress troops and pilots. The weapon has been used with a drum magazines, even in the air battles of the First World War. It was later distributed to the machine guns crews. Before the introduction of early submachine guns, the German assault troops (Sturmtruppen) were armed with artillery parabellum, since 1915. When the assault troops were deployed with these guns, the effectiveness of the weapon came to light.

Pistole 08 remained in use by the German army during the Second World War, albeit to a very limited extent. Thousands of Lange Pistole 08 pistols remained in German warehouses at the end of World War I. During World War II there was a shortage of pistols, so they were also re-introduced. The weapon was used with certainty at least in 1944, during the Battle of Anzio.

The first 50 test weapons were manufactured by DWM between 1912 and 1913. The weapon proved to be excellent in the tests. In 1913, the German navy ordered 75,000 Lange Pistole 08 pistols. The serial manufacturing was started by Erfurt, but after 23,000 weapons were manufactured, the production was transferred to DWM, which had better resources to produce the ordered number of weapons.

At the beginning of 1914, the German Imperial Army's Ministry of War had counted the need of the Lange Pistole 08 was 209,000 pistols. Of these, 114,000 would be directed towards the needs of field artillery.

The production targets were slightly lagging behind, Erfurt stopped production only after a five-month production period. The Erfurt weapons factory was intended to supply LP.08 pistols as follows:

Production numbers of the Erfurt factory has a different types of information. Apparently Erfurt, however, produced about 22,500 to 23,000 weapons.

Lange Pistole 08 received its own user manual in 1917 when the 32-round drum magazine was introduced. The instruction manual explains in detail how to fill the drum magazine and how to use it.

The Lange Pistole 08 has serial numbers marked in much the same way as the Parabellum P.08 pistol (Pistole P08). The serial number is marked complete (e.g. 2342) on the underside of the barrel, on the front of the gun frame and on the left side of the gun frame and on the bottom piece of the magazine. The last two digits of the serial number (e.g. 42) are marked on several small parts of the weapon, such as the lock body, the counterpart pin, the cover plate, the safety bar, the charging detector, the front of the articulated lock and the rear, the lever support, the tangent sight applicator side, trigger, and on the inside of the handle plates.

After the First World War, in the 1920s, the German economy fell into unprecedented inflation. The money rates collapsed, but the US market was the only growing market. DWM now continued to do so-called 7.65 mm of commercial artillery parabellum. These commercial artillery parabellums were manufactured with normal 8” barrel length, but also with 16” (double) barrel length.

The export of artillery parabellum began in 1923. An inscription was placed on the right side of the gun frame of these weapons; STOEGER Inc. NEW YORK. As of 5 October 1929, the text 'GENUINE LUGER – REGISTERED U.S. PATENT OFFICE” was placed on guns'.

In 1930, production was transferred from DWM to Mauser Werke, Oberndorf. Production continued there until at least 1934. Between 1930 and 1934, a few hundred weapons were produced in a caliber with a 9x19 Pb, 8" barrel. The serial numbers on these weapons are 1-3 digits.

After the Second World War, Oberndorf was part of the French occupation sector. The French started the small-scale production of Parabellum pistols there at the Mauser factory, largely on the basis of already manufactured parts. The pistols were produced between 1948 and 1949, and a small number of these were artillery models (Lange Pistole 08).

In 1985, Mauser-Werke Oberndorf GmbH produced a special series of 250 pistols. Manufactured weapons are referred to as "Erinnerungsmodell Lange Pistole 08", i.e. the so-called “Commemorative model” weapon. The pistols were delivered in a fine leather-covered briefcase with a shoulder stock in addition to the pistol, without a leather holster. There are also no typical mounting holes for the leather holster on the shoulder stock. Inside the leather briefcase there is also a spare magazine, a tool, a cleaning rod and a certificate of authenticity (Zertifikat). The serial number of the weapon is marked in a different style, for example, L200von250, i.e. two of the 250 weapons. The weapons are also equipped with a gold-colored DWM monogram.

It is likely that a small number of artillery parabellums were purchased in Finland in the 1920s and 1930s, owned by private individuals.

At the end period of The Second World War and at the end of the war on 8 May 1945, the American occupying forces "released" military and hunting weapons from German soldiers and even private homes. These "released" weapons also included hundreds of Lange Pistole 08 pistols. American soldiers sent weapons to the United States in the so-called “home packages” and guns (and other material) ended up mainly in private collections. Today, these weapons are shown in a lot of different arms auctions, where their prices match vary widely, mainly depending on the condition of the weapon and equipment from 2500 to 12500 USD.

The picture below shows the modified Lange Pistol 08. The gun has been soldered with silver afterwards, with a fixed rear sight (setting for a 25-metre distance), in addition to the adjustable tangent sight. At the same time, the serial number (42) on the back of the joint lock is also silver-plated. In early 1916, the initials M.W. Could this be JaegerGeneral Martti Wallenius’s gun? Whether it's Wallenius or not, the weapon has travelled to Finland in 1916-18, with the jaegers that have returned from Germany. 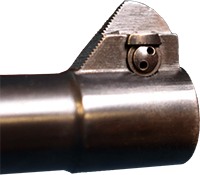 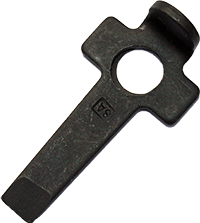 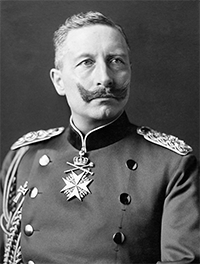