The Czech firearm manufacturer Česká Zbrojovka (CZ) has developed the first model of the CZ 455 rifle series using the rimfire cartridge in the years 2007 – 08. It was introduced to the market in 2010, replacing the old, in 1954 designed the CZ 452 series. In 2015, the market also became a precision shooting designed for CZ 455 Evolution. In 2018, CZ presented the CZ 455 series of the updated, rimfire rifle concept to the CZ 457, which has now replaced the production of the old CZ 455 series. The CZ 457 series includes CZ 457 Royal, Jaguar, MTR, Premium, American, Varmint, Lux and Training Rifle. The first delivery of the CZ 457 series of rifles arrived in the Finnish market 1.2.2019.

The free-floating barrel of the CZ 457 Varmint MTR (. 22 LR, .17 HMR and. 22 WMR) is made of steel by cold hammer forging. The CZ 457 is a replacement barrel rifle, so you can change the calibers easily, by changing barrel and magazine. Selectable calibers are. 22 LR, .22 WMR and. 17 HMR. The end of the barrel is fitted with a ½ x20 fixing thread for silencer.

The frame of the weapon is machined from a single piece of steel. The weapon has a redesigned receiver and bolt. The previous 90 degree turning angle of the bolt handle has been reduced to 60 degrees. This makes opening the bolt smooth with weapon which has a scope attached.

Five round single row box magazine is made of polymer, follower is made of steel. Magazine is detachable. The weapon does not have a traditional iron sights, but it is designed to be used with optic sights.

CZ 457 Varmint MTR has the same trigger mechanism as the CZ 557, and its trigger pull weight is adjustable from 800 to 1 500 grams (8 – 15 N). The trigger movement is also adjustable between 0.5 and 7 mm. The weapon's safety has been redesigned and works now, as well as in most of the rifles of the various manufacturers, i.e. the weapon is turned off by pushing the safety lever to the front position. The weapon also has a striker status indicator.


The CZ 457 varmint MTR is structurally similar to CZ 457 Royal, but the MTR model has heavier stock, and thicker and thus, of course, a heavier barrel. When shooting CZ 457 Varmint MTR rifle cal. 22LR, CZ guarantees 15 mm bullet grouping at the distance of 50 m!

The Czech Arms Factory Česka Zbrojovka (Čzub) was founded on June 27, 1936. The factory was founded by Karel Bubla and Alois Tomiske. In 1938, Germany occupied Czechoslovakia and set up the CZ factory to manufacture mainly Mauser model 98 rifles for German army. After the Second World War, Czechoslovakia remained in the Soviet sphere and produced weapons for the Soviet Union as well as its national authorities. During the Cold War, CZ produced, among others, vz. 58-assault rifles and vz. 61 Skorpion submachine guns. CZ 75 pistols, ZKK 600 rifles, and Skorpion submachine guns have been among the most famous of these products.

Today, CZ is a valued European weapon manufacturer. In 2017, the CZ factory produced almost 300 000 firearms, of which more than 80% went to foreign exports, to more than 100 countries. 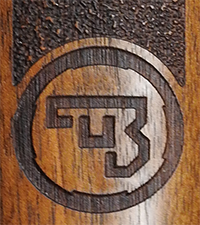 CZ logo on underside of the front stock

Weapon model markings on left side of lock frame 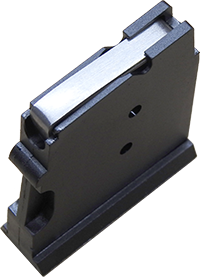 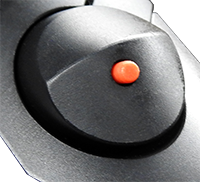 Striker status indicator at the end of bolt