The Czech weapons manufacturer Zbrojovka Brno, now part of the Czech CZ group (CZ-Group), presented the revised model of the Brno Combo combination gun at the end of 2013. The new model was introduced to the market apparently during the year 2014. In addition to its stylish design, the Brno Combo is lightweight and has a more streamlined lock frame than the previous models. The weapon is also referred to as CZ Brno Combo, CZ-Group affiliation.

The 600 mm long barrel pair of the Brno Combo combination gun is made of cold-forged high-quality barrel steel. The rifle barrel is free floating (Thermostabil) and the front mounting of the barrel also allows the barrel to expand lengthwise. The metal strip between the barrels is merely an aesthetic element, which, in a way, mimics the usual “barrel-to-cross solder-list”. In addition, the barrels have a one-piece, manual case ejector. The barrels have blued surface finishing.

12/76 -caliber shotgun barrel has a fixed ¾ -choke (IM = Improved Modified). The marking indicating this, is on the left side of the shotgun barrel, "Choke Ø 17.8", which means the diameter of the barrel bore of 17.8 mm.

The shotgun barrel has been a test shot at 1320 bar pressure, which means it will also withstand the use of cartridges loaded with steel pellets. A CIP proof marking and a French lily -stamp are placed on the internal surface of the lock frame, as evidenced by steel shot proof. In addition, "Steel Shot Proofed" and "Testing pressure 1320 Bar" are on the right side of the shotgun barrel. The left side of the shotgun barrel is marked "Ø 18.3", which means the diameter of the post-cone bore of 18.3 mm. The bore is smaller than average, which increases the barrel pressure and, at the same time, the projectile’s muzzle velocity and penetration capacity.

The weapon has a red fiber optic front sight, which can also be adjusted. The new design, fixed rear sight (Hud Sight), in turn, allows for better visibility to the target.

Most parts of the gun are manufactured by CNC machining. The folding lever (Top Lever) and trigger guard are made by a precision casting and the surface treatment of these parts by blueing.

The low-profile locking frame is made of steel by CNC machining. The outer surface of the lock frame lightly sandblasted and then nickel-satin coated. The sides of the lock frame are laser-engraved hunting-related engravings. On the left side of the lock frame the theme of the engraving is wild boar and hunting dog and on the right side two roe-deers, placed in the forest landscape.

Ergonomically designed stock with Bavarian styled cheekpiece is made of high-quality Turkish walnut wood. Stock grip texture has been driven by a braid-type of roughening and surface treatment is oil finish. The stock recoil pad is made of a black rubber alloy and has a logo of Zbrojovka Brno, with a Z in the middle of the rifling.

The sights are regulated at the factory at 50 meters, so that when firing a shotgun barrel with the Sellier & Bellot Special Slug cartridge, the rifle barrel will shoot roughly at the same point. The rifle barrel alignment can be adjusted by using two adjusting screws, which are in the adjusting mechanism between the shotgun and the rifle barrel.

The Meoptra Meostar 1, 7-10x42 RD universal riflescope was selected at the gun’s riflescope. The riflescope is mounted in a Brno Combo cape gun with a fixed Kozap riflescope mount. At the top of the cape gun’s chamber is 11 mm salmon tail locking groove for the riflescope’s mount.

The weapons factory Zbrojovka Brno was founded in 1918 at the end of the First World War. The weapons factory in Brno had before been an Austro-Hungarian artillery repair shop, but after Austria-Hungary’s breakup to several independent states, the factory became the new Czechoslovak state’s state-owned weapons factory.

At the beginning the Brno's weapons factory repaired a variety of military rifles. At first to the production came the Austro-Hungarian era Mannlicher rifle, which was later replaced to manufacture the German Mauser rifle. In 1924 the production was expanded and the rifles, along with the production of the machine guns. During the Second World War, the plant produced mostly Mauser-type weapons for use by the German Army. However, the weapons production plant slowly faded into the 1980, while production continued until 2003 when the plant went bankrupt. The plant was acquired in 2007 by the multinational J&T Finance Group. 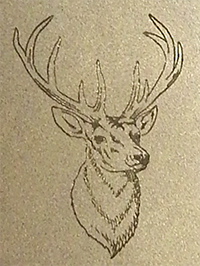 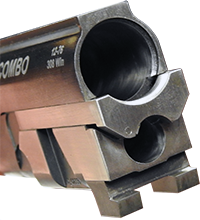 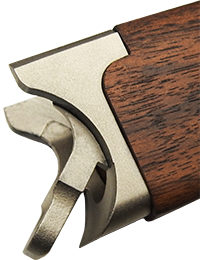 Front stock with a cocking beak 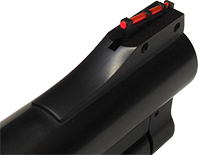 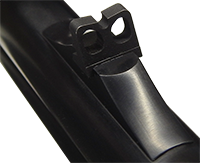 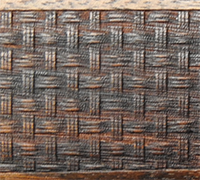