In 1944, the Light Weapon Development Group (Abteilung 37) of the German weapon manufacturer Mauser AG were tasked with developing a new assault rifle model that is quick and cheap to produce. The new weapon was supposed to be replaced by Sturmgewehr 44 (StG 44), which was relatively heavy, expensive and time-consuming to produce.

The prototype gun Maschinenkarabiner Gerät 06 (Mkb Gerät 06) was introduced in June 1944, but was rejected by Wa Prüf 42 because it was too complicated and expensive. The development was continued at the Mauser factory and in August 1944, a new prototype was completed, Mkb Gerät 06H. This weapon received in December 1944 also the Wehrmacht’s approval. This weapon was first to use a roller-locked short recoil mechanism.

Weapon designers Ludwig Vorgrimler and Karl Maier of the Mauser AG Oberndorf Am Neckar factory were responsible for the design of the Gerät 06H. The development of the weapon is often accompanied by the name Wilheml Stähle, but there is no certainty about his involvement in the development work. Apparently, the first Gerät 06 version was designed by Altenberger, Jungermann and Illenberger.

The weapon’s structure is quite simple. The machined parts are only the 7.92x33 Kurz -caliber barrel and the lock. The weapons body structure and the magazine are made of sheet metal by pressing. The surface treatment of metal parts is phosphating. Especially the stock made of beech wood is very plain, externally of the same type as the StG 44 assault rifle. There is, however, a long recoil spring inside the stock, just like in the modern AR-15 assault rifles. The magazines are practically the same as those used in the StG 44 assault rifles.

The operation mechanism of the weapon is based on the principle of delayed roll closure developed by Dr. Karl Maier (RDB = Roller Delayed Blowback). The operating principle has been copied slightly modified from the MG 42 machine gun. However, the weapon is more accurate than a normal mass-locked submachine gun, because it shoots with roll lock in a closed lock position. Four right-handed grooves (rifling) were driven inside to the 419 mm long barrel. The grooves on the inner surface of the cartridge chamber were slotted to prevent the ammo case from getting caught there, when pulled out.

The weapon was manufactured at Mauser’s Oberndorf Am Neckar. Mauser only produced a few pieces of this weapon. Obviously, four weapons were assembled form the parts that were made (maybe only one) and parts of the thirty weapons were left unassembled.

The German Head of the State ordered the transfer of Gerät 06H weapons, weapons parts, and production machinery by train to Austrian Tyrol, out of the way the advancing western allied forces. The production machinery remaining in Oberndorf was ordered to be destroyed. However, the destruction was not completed. On April 19, 1945 the train left for Austria, as it was on the next day April 20, the French General Jacques LeClerc’s armored troops occupied Oberndorf and took over the Mauser factory. The French forces occupying Oberndorf, took remains of the handgun machinery to France.

In the train was also evacuated important weapon designers such as Altenberger and his team, as well as several engineers such as Neimann and Linder. In Austria, the Germans hid the train with their cargo in the railway tunnel, apparently near Haiming. From there, the American troops found it just before the end of the war, in May 1945.

The Gerät 06H has also been used term StG 45. Apparently, the term was not introduced until after the war, as in German war time documents it is called Gerät 06H. Dr Karl Meier was captured by the US forces as a prisoner of war and was transferred to the United States with Operation Paper Clip.

After the war, the German weapons designer Ludwig Vorgrimler continued the weapon development in Spain. As the result of this development, CETME rifle (Centro de Estudios Tecnicos de Materiales Especiales) was completed.

Today one weapon, assembled from the original parts, (Serial number 2) is in Springfield Armory gun museum, Springfield Massachusetts. Although, according to one information this weapon has been assembled using parts manufactured after the second world war. 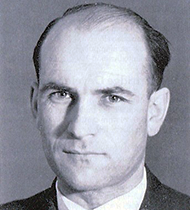 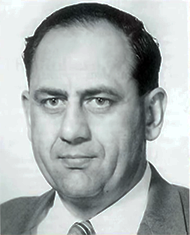